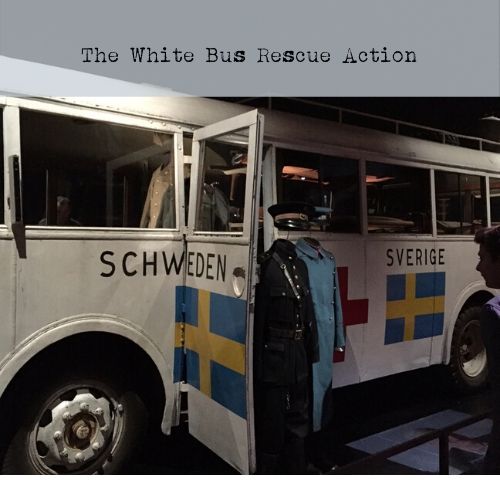 Multi-media Presentation: “How a Jar of Potato Salad led to the rescue of 15,500 Holocaust victims”

The Swedish Red Cross expedition to the German concentration camps in March–April 1945 was the largest rescue effort inside Germany during WWII.

Sponsored by the Swedish Government and led by Count Folke Bernadotte, the mission became known for its distinctive white buses. Each bus was purposefully painted entirely white except for the Red Cross emblem on the side so that they would not be mistaken for military targets.